Reddit see’s itself as the front page of the Internet. For better or for worse, that’s pretty much what it is. It’s a large site with tons of topics and then tons of threads in each topic. Using Reddit apps, you can surf through your favorite subreddits pretty easily.

There are tons of amazing options in this space, but here are the best Reddit apps for Android. Most of these also support Reddit Gold, a $3.99 per month subscription that removes ads and adds other features. 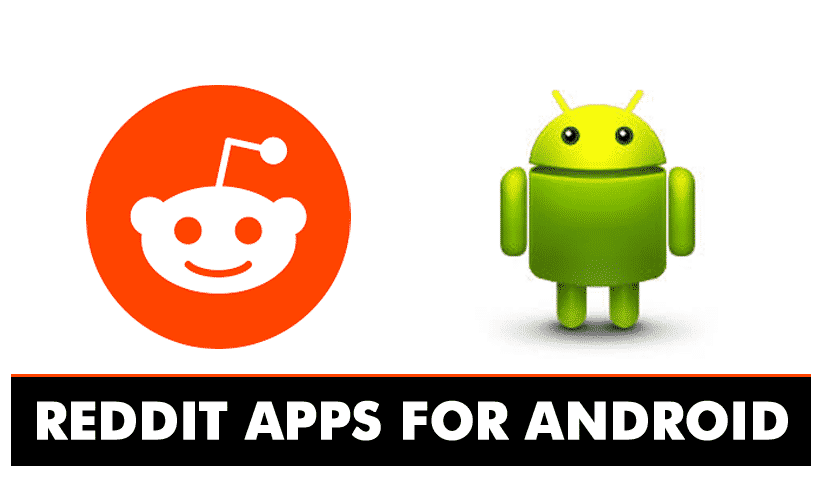 BaconReader is one of the more popular Reddit apps out there. It features a Material Design interface, background themes, and color-coded comment threads to help make it easier to read and look good.

There is a free version and you can pick up the pro version for $1.99 as a separate app or as an in-app purchase.

The pro version is outstanding, but the free version can be a bit ad-heavy for some folks.

Boost for Reddit isn’t as popular as other Reddit apps. The people who use it seem to really enjoy it, though. It has a ton of features, including view switching per subreddit, Material Design, in-app media previews, filtering, and even widget support.

You can customize the app with various themes, including one made specifically for AMOLED displays. 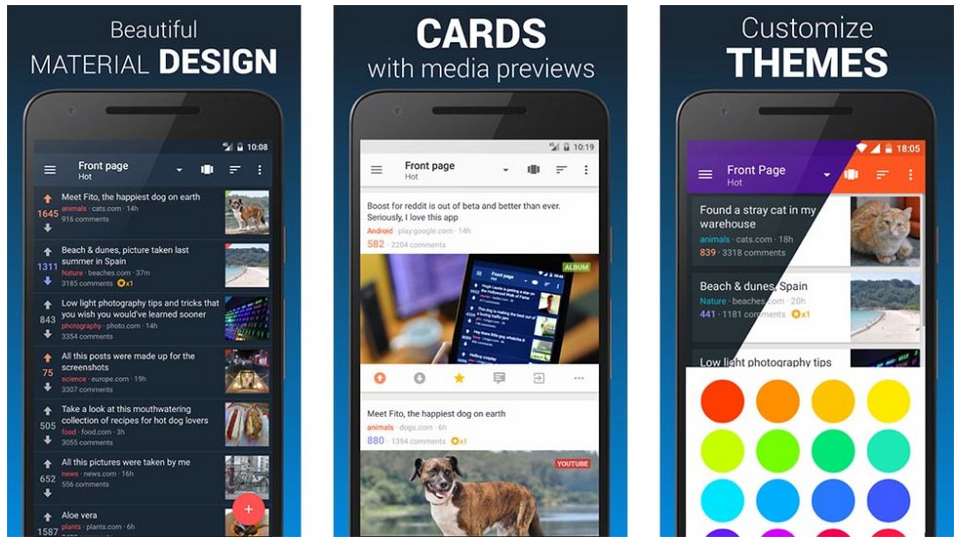 You can even change the font type, size, and color if you want.

There is also the all-important spoiler support. It’s one of the more feature-rich Reddit apps and totally worth a shot.

It gets all of the basics right, including multi-account support, a dark theme, and you can do the usual stuff like comment on threads and other such things. 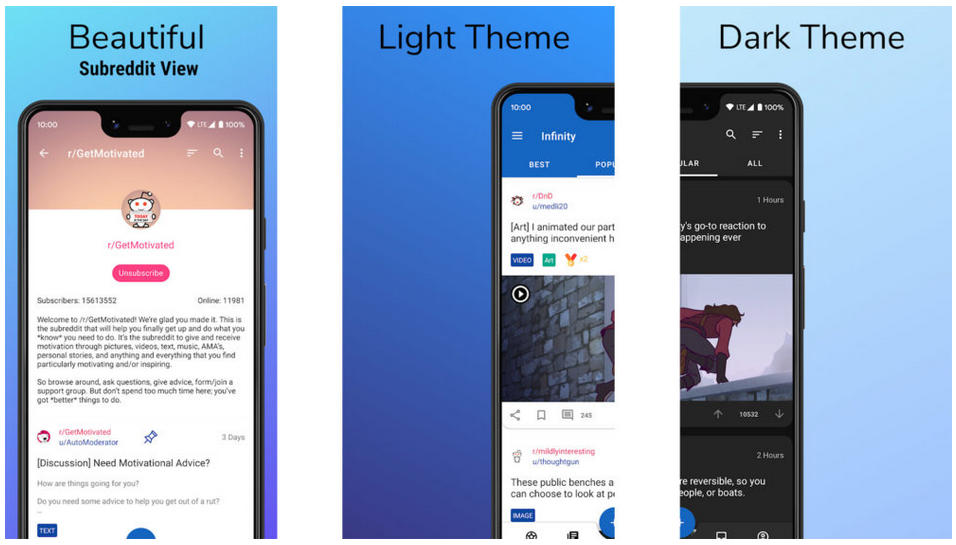 This one also includes what it calls a Lazy Mode where it auto-scrolls through subreddits for you until you find something interesting.

It’s not perfect, but it hits a good mix of feature-rich and functional without being annoying. Plus, it seems to be entirely free.

It features the very basics, including support for various file types, Imgur support, and support for Reddit Gold features.

Now also has a modern design that lets you swipe to change subreddits for quick browsing.

You can also browse popular and trending subreddits at your discretion. 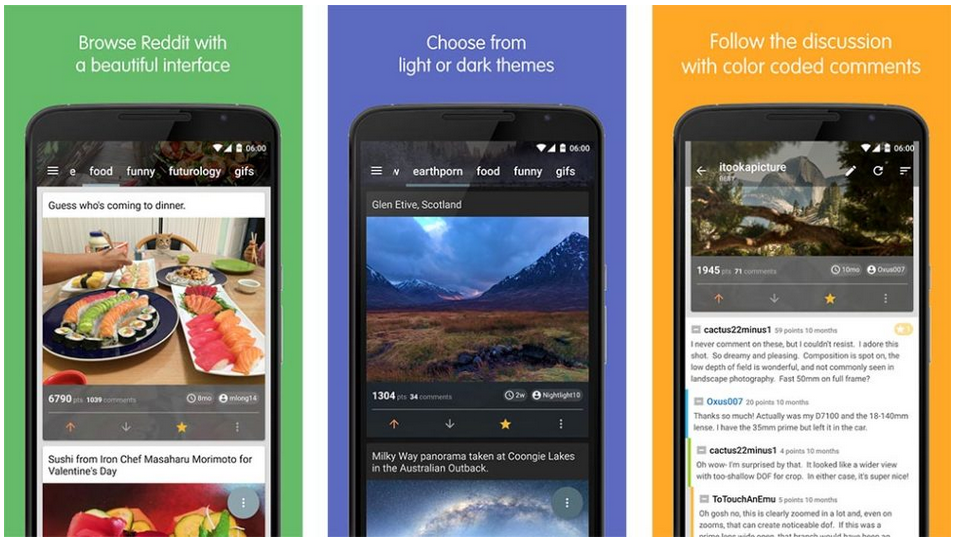 There is a free version along with a pro version for $3.99 (as an in-app purchase).

It’s a great option for those who only need a few useful features.

The official Reddit app actually isn’t half bad. It works just fine for casual viewers and includes the usual range of features. 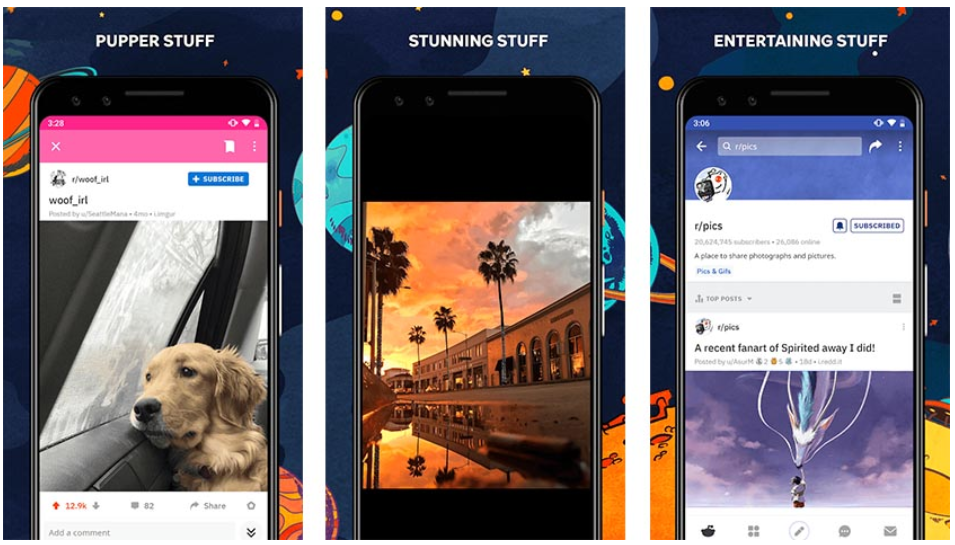 It has a few bugs like most of these apps, but usually, it’s nothing too serious.

It’s not quite as powerful as some third-party apps, but it’s perfectly usable for the casual Reddit user.

Another one of the most popular Reddit apps out there is Reddit is fun.
It has a modern design that wraps around what is basically the standard Reddit experience.  That means that you’ll see a whole bunch of text. 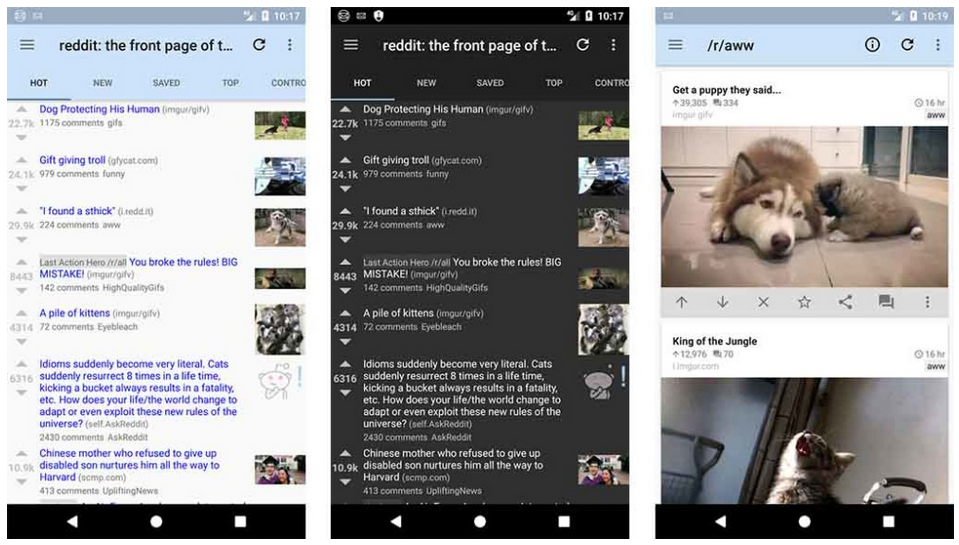 It also has theming, support for pretty much any file type, moderator tools, widget support, and the standard set of features you’d find in most Reddit apps.
It’s not the flashiest Reddit app. It gets the job done, though.

That includes no advertising and no tracking whatsoever.

See also  How to scan QR Code on iPhone?

Along with that, it has support for Imgur albums, gifv files (along with most other common file types), multi-account support, and even a night mode theme that’s easier on the eyes. 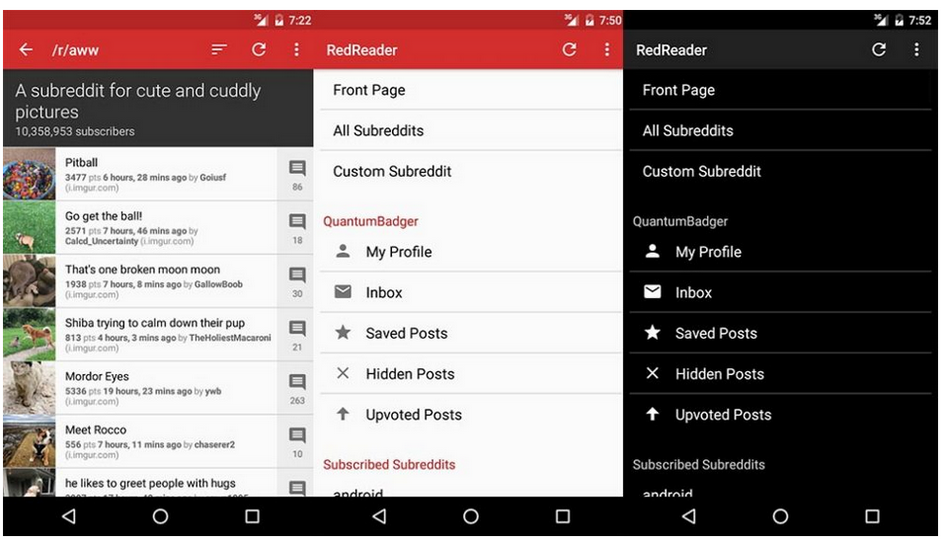 There is tablet support as well if you need that. It’s a fairly basic app.

That can be good depending on what you need.

Removed for Reddit isn’t a full Reddit client. However, it’s a super useful tool for people who spend a ton of time on the platform.
It basically uses the Pushshift.io site to show you comments that were originally removed from moderators. The app works rather easily. 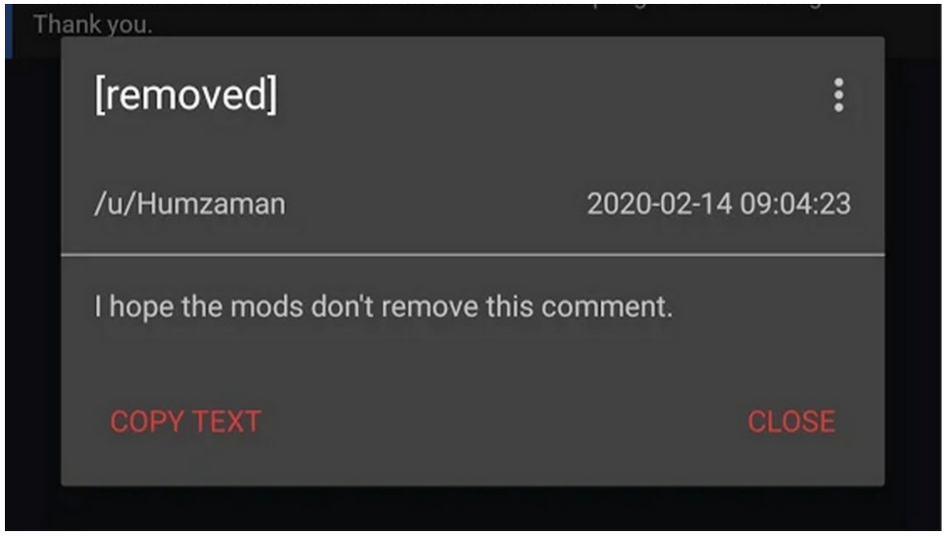 You find a removed comment, share that comment to Removed, and the app opens to show you what the original comment said.
This is useful for a variety of reasons and it caters directly to power users.  The app is also open source and entirely free.

Relay for Reddit is another of the more popular Reddit apps. It also has a ton of features.

The app uses Material Design as well as a card-based interface to help make readability a little bit easier.

You can also have it send you a variety of notifications if you so choose.

The free version comes with most of the features. You get everything for a one-time $2.99 payment.

This one claims to be optimized specifically for the /r/soccer subreddit (if that matters to you) and features a fully Material Design interface. 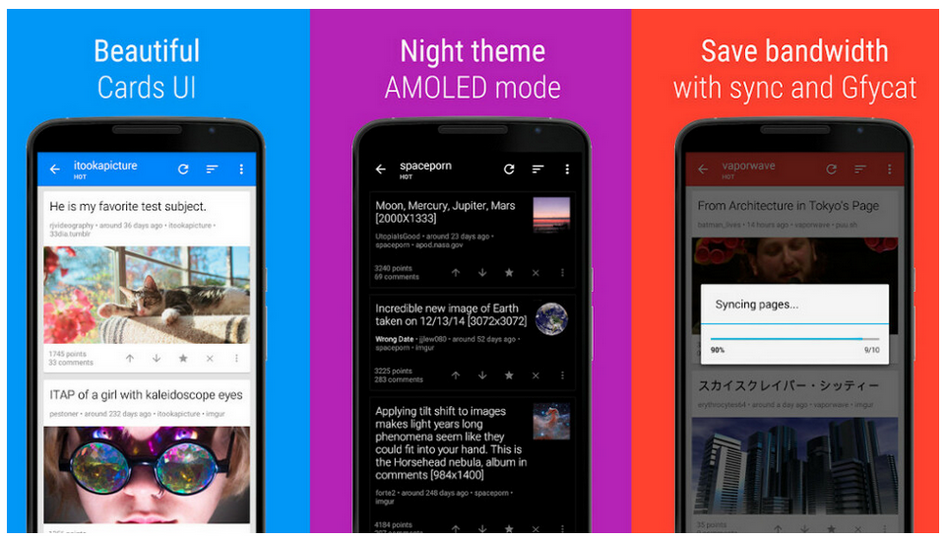 It has multi-window support, multi-account support, a night theme (with a separate AMOLED theme), and support for Android Nougat.

This one has had a few more bugs reported than normal, but it’s definitely still worth a chance. It works quite well most of the time.

Thank you for reading! If we missed any of the best Reddit apps, tell us about them in the comments! You can also check out our latest Android apps and game lists!

Best tips when Google Maps is not Working

How to Delete Voicemail