Whether you’re looking for a big or small phone, entry-level or top-of-the-line, Android offers options for everyone. And unlike Apple’s rigid release cycle, Google’s hardware partners unleash a seemingly endless stream of new devices year-round. But therein lies the problem: With so many options out there, how do you settle on the right one? Lucky for you, we test and review nearly every smartphone available on all the major US carriers.

Keep in mind that while the reviews above may not show your carrier of choice, most of the phones here are available for, or compatible with, multiple US carriers. Read on for what to look for when buying, as well as our top picks for Android phones.

When to Buy a New Android Phone

Well, the January sales are always a great time (If they are still on) The next round of major Android phones will be coming out in March, so you have a few months of things being totally current. The phones Sprint and T-Mobile are currently selling are compatible with each other’s networks, as well, so you don’t need to worry too much in case the alliance goes through.

After most of a year with 5G, I’m sad to say we still don’t recommend 5G phones. The current models don’t support all three of the network types that the major carriers plan to launch throughout 2020, meaning that all of the current 5G phones will end up lacking in either speed or coverage as the buildouts go on. Phone makers need to get things straight and deliver devices that will work on the networks carriers are installing.

This list has phones from $249 to $1,100. In terms of even less expensive models, we usually recommend the Moto E series, but we’re waiting to review the latest model in that lineup, the E6. One tip at the very low end: carrier-branded phones (which don’t mention the name of their manufacturer) often aren’t very good. 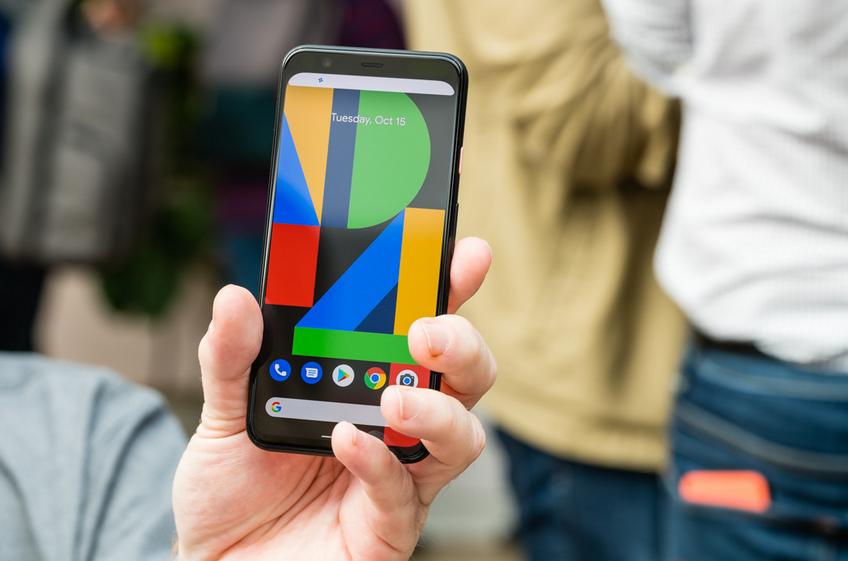 The majority of phones sold in the US cost $600 or more because they’re sold on monthly payment plans that hide the cost over 24 or 30 months. This year we’re seeing some intriguing models between $200 and $300 though, most specifically the Moto G7 series and the Nokia 7.1. Those are great phones for people who don’t want to be yoked to a payment plan.

If you’re trying to balance payment and power, the OnePlus 7 Pro has the best bang for the buck on the market. It’s even faster than the Samsung Galaxy S10+, has just as big a screen, and costs $300 less.

Which Size Phone Is Right for You?

There’s been a dramatic shift in Android phone shapes and sizes over the last few years. Many manufacturers have started to make their phones taller and narrower, resulting in one-hand-friendly models with improbably large screen sizes.

You can find Android phones with stated screen sizes from 4.6 inches up to 6-plus inches. With the new form factors, though, it’s very important to look at the width of the phone as well as the width of the screen. That’s how the biggest screen in our list, the 6.8-inch panel on the Samsung Galaxy Note 10+, doesn’t overwhelm.

What is the Best Android Version?

Not all Android is created equal. Device manufacturers like LG and Samsung have been applying their own visions to Android for some time now. If you want a pure Google experience, then you want to go for a Pixel device; they’re the developer models where Google makes sure to deploy upgrades first. Motorola and OnePlus also have very clean user interfaces, although they tend to add more invisible features to Android.

Android 10 (Q) is the most current version. It’s available for the Pixel phones and the OnePlus 7 Pro on our list. The rest of the phones have 9.0 Pie.

Do not buy any phone with an earlier version, as the older the Android software version gets, the more likely it is to have serious security flaws. There are a lot of budget phones kicking around with Android 7 or even Android 6 or below, which you should absolutely avoid.

Battle of the Brands

We have frequently recommended phones from the Huawei, Honor, and ZTE brands in the past—they’re often high-quality products that are great value for the money. But over the past year, the US government has essentially gone to war with those companies, making their future on the US market unreliable.

So for now, we’ve eased away from reviewing most Huawei, Honor, and ZTE products for US readers until their distribution in the US is clearer. We have included the Huawei P30 on this list mostly so Americans can know what they’re missing.

Buy Through a Carrier or Unlocked?

The US market is still dominated by carrier-sold phones, but buying your phone direct and unlocked gives you more freedom to switch carriers if you choose to do so.

Unlocked phones feature no carrier bloatware and no ongoing payment plan, so you can switch to another carrier or sell on eBay at will. It’s actually something you own. Every phone on this list can be bought direct, with no carrier involvement. But most people still buy their phones through carriers, which offer a single point for service and support, as well as monthly payment plans that dramatically lower the upfront prices of phones.

Of the bunch shown here, most of them work on all four US networks. The OnePlus 7 Pro doesn’t work on Sprint. The Nokia 7.1 only works on AT&T and T-Mobile.

Choosing Android as your mobile operating system is only half the battle. If you’re still on the fence, check out our list of The Best Smartphones, regardless of OS.

And for help choosing a carrier, see our test results for the Fastest Mobile Networks and The Best Cheap Cell Phone Plans You’ve Never Heard Of.

Cons: Not waterproof. No microSD slot.

Conclusion: Google’s well-rounded Pixel 3a is without doubt the best budget  Android phone you can buy.

Conclusion: The OnePlus 7 Pro is by far the best value for a premium smartphone on the market today, giving you the features of a $1,000 phone for around half the price tag.

Cons: Low-light camera performance not as good as the Google Pixel 3. The fingerprint sensor could be more accurate.

Conclusion: The Samsung Galaxy S10e has the best overall price, performance, and size for a flagship smartphone today.

Conclusion: The Nokia 7.1 offers a winning combination of great performance, killer looks, and up-to-date Android software for a reasonable price. Our top pic of the roundup!

Conclusion:  Huawei P30 Pro offers one of the most impressive smartphone camera experiences on the market.

Conclusion: The LG G8 ThinQ is a top-notch Android flagship that faces stiff competition from less expensive alternatives like the Samsung Galaxy S10e.

Conclusion: The Samsung Galaxy Note 10+ is a big, powerful phone that’s good for artists and note-takers.

Cons: Expensive. The in-display fingerprint sensor has no physical guide(Easy to follow though)

Conclusion: The midsize Samsung Galaxy S10 has all the attractive features of the S10+ for less money, but we still think the smaller S10e is a better buy.